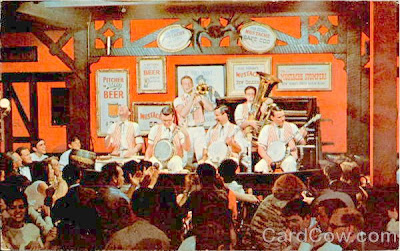 2. Asked if he's ever seen a ghost, Matthews replied: "Yeah, Richard Nixon and Bill Clinton. These guys, you think they're dead and they keep coming back!"
3. The last concert he went to was U2 Tuesday night in Washington.
4. The last movie to make him laugh was "The Hangover."
5. One political show he will not appear on is Fox News' "Glenn Beck."
6. One guest who was so upset by his "Hardball" appearance that he never came back was Georgia Senator Zell Miller. Miller challenged Matthews to a duel while in New York for the 2004 Republican National Convention.
7. Matthews is able to recite the Declaration of Independence in 15 seconds.
8. He can do a mean impression of Bill Clinton.
9. His biggest junk-food weakness is Starbucks apple fritters.
10. Jon Stewart gave him his worst review of his career.
Posted by William Kelly at 12:59 PM 4 comments: