WHY ARE 13 US NAVY HEROES
IN A LIBYAN MASS GRAVE?

United States Navy Master Commandant Richard Somers was one of the first officers to enlist in the new Navy at the turn of the 19th Century. The young officer and his men fought gallantly in America’s first naval war against the pirate States of North Africa. He died with his 12-man crew of the USS Intrepid on September 4, 1804 while engaged in a secret mission during the Battle of Tripoli.

When their bodies washed up on the shores of Tripoli, the bashaw - the king of the pirates - invited a pack of dogs to devour them as American prisoners of war looked on. These 13 naval heroes remain buried today in two mass graves in Libya. One of those graves is unmarked and underfoot on the Tripoli plaza where Gaddafy has held his anti-America rallies for decades. Unfortunately, many Washington bureaucrats want to leave these men right where they are, buried like animals, not like American heroes.

Two thousand modern Marines are poised to fight in Libya where we left 13 combat veterans behind 207 years ago.

The Somers family has asked for the return of their ancestor's mortal remains for two centuries. The City of Somers Point, named after the heroic Master Commandant's family and still their residence, has worked on repatriation for decades. Additionally, the descendants of renown American poet Henry Wadsworth Longfellow wish for the return of the remains of his uncle, Lt. Henry Wadsworth, who served as second in command on the fire ship Intrepid when it was lost. The legendary poet was named after his heroic uncle, as he was born just a few years after the failed mission.

With the instability in Libya today, Americans are paying close attention again to Tripoli. We have a brief window for a strong push to align national public sentiment behind the campaign to return the mortal remains of these early American heroes. Rep. Mike Rogers, chairman of the House of Representatives Select Committee on Intelligence, has introduced HR 1497, the first legislation in history to require the exhumation and return of the remains of these brave men.

But Rep. Rogers and Rep. LoBiondo need our help - they need hundreds of other members of the House of Representatives to sign on to HR 1497 as cosponsors. Without this support, HR 1497 will never pass the House and may never be heard in the US Senate. Encouraging Congressmen to sign on will require a sizable public relations campaign, so our nation's veterans will have to carry this message to the people.

We need your help. Please call your Congressman today at 202-224-3121 and encourage them to sign on as a cosponsor of HR 1497. You can also find out how to contact your congressman. Finally, sign the petition to bring home the 13 heroes of the USS Intrepid!

To enlist and support this project go to:


MEDIA CONTACT:
Michael Caputo
mc@intrepidproject.com
Posted by William Kelly at 9:17 AM No comments: 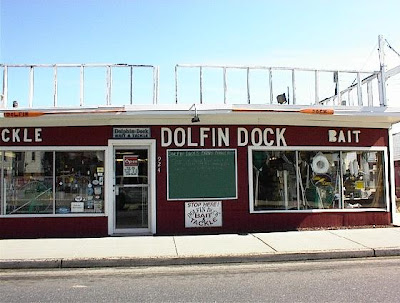 Go Flyers!
Posted by William Kelly at 9:11 AM No comments: