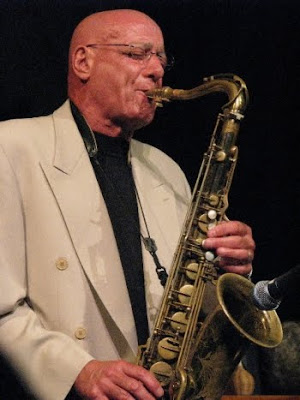 “The cure for everything is saltwater...sweat, tears or the sea.” – Isak Dineson

MIKE PEDICIN, JR. - Local Sax Legend and Son of One

Local jazz enthusiast and saxophone player Mike Pedicin, Jr. released his tenth recording, “Searching for Peace,” on October 18 and plans on performing a number of album release parties to promote it, including one this Friday, Dec. 2 at Sandi Point (Formerly Macs) in Somers Point.

As a child Pedicin played a toy saxophone on the stage at Bay Shores in Somers Point at the feet of his father Mike Pedicin, Sr., also a sax player whose hit song, “Shake A Hand” made No. 1 on the pop charts in 1957. 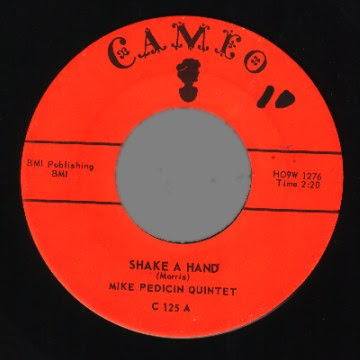 "I idolized my dad," Pedicin says. "He allowed me the freedom to learn about music, the saxophone, and life itself -- the way I needed to learn it."

When Pedicin Jr. was 13 he says he had heard saxophonist Willis "Gator Tail" Jackson in person and Coltrane and Cannonball Adderley on record, and just knew he wanted to spend his life playing saxophone. By the time he was 20 Pedicin began playing with the horn section at Philadelphia's Sigma Sound Studios, working for Kenny Gamble, Leon Huff, and Thom Bell, playing on recording sessions with such artists as the Spinners and Lou Rawls.

Pedicin made his first album, “Michael Pedicin Jr.” (on Philadelphia International records) in 1980, which included the surprise hit "You,” and then went on tour with Dave “Take Five” Brubeck. After getting tired of traveling he became a performing-executive in Atlantic City casinos, hiring orchestras and playing with headliners like Frank Sinatra.

More recently Pedicin has been an integral part of the Somers Point Jazz Society and has played a weekly Monday night gig in the loft bar at Sandi Point (formerly Mac’s), where he will celebrate his new album with a CD release part on December 2nd.

In the meantime, Pedicin also earned a Ph.D in psychology, opened a practice that specializes in helping creative people, and formed the Brubeck Project (which also released a debut CD on Jazz Hut). Pedicin is also an Associate Professor of Music and Coordinator of Jazz Studies at the Richard Stockton College.

In his new role as an educator Pedicin is taking jazz out of the nightclubs and bars, and even out of the schools, as he started teaching a series of jazz history lectures at the Ocean City Free Public Library (1735 Simpson Ave., Ocean City. 609-399-2434), every Wednesday (from 7 pm) through November 9th.

So the release of his new album is just one of a number of things that Pedicin has going on, but it is an important new milestone in a very creative career.

In “Searching for Peace” Pedicin releases seven songs, some standard ballads, a couple classics and a few originals. Among the ballads are “You Don’t Know What Love Is” and a 1962 ballad by John Coltrane. “From the time Train did Ballads, I’ve always wanted to do a ballads album, and I finally did it,” said Pedicin. “There is nothing quite inspiring and satisfying for me as playing a beautiful ballad.” Now we too can be inspired.

Playing along with guitarist John Valentino, pianists Dean Schneider & Barry Miles, bassist Andy Lalasis, local drummer Bob Shomo, they also do Wayne Shorter's "Virgo," McCoy Tyner's "Search for Peace" and Hank Mobley's "Home at Last." Two originals by John Valentino, "Blame It on My Heart" and "Few Moments" and Pedicin’s own "Tell Me" round out the new album.

Pedicin and his band will be playing several CD release shows this fall, with a Friday, December 2rd party at Sandi Point and the following night at Chris' Jazz Cafe, Philadelphia, with others to be announced, and we can expect more.

"I will never put my saxophone down until I can't play anymore," Pedicin says.

“My advice to any young musician, any young person, whatever it is you have a passion for, work hard at it, get good at it and dreams will come alive.”
Posted by William Kelly at 2:55 AM 2 comments: