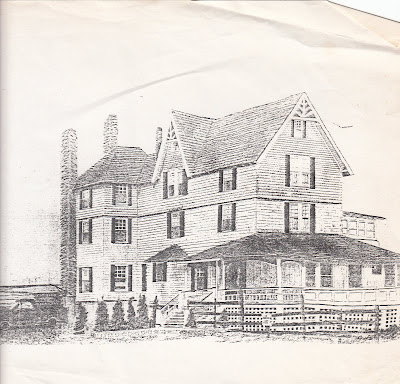 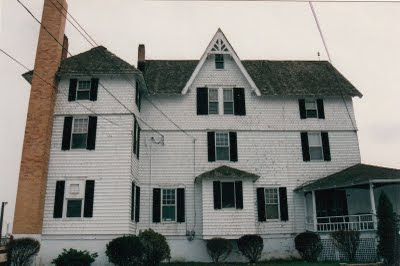 Somers Point’s oldest and largest unrestored landmark is in the process of being sold, renovated and restored into an upscale hotel, restaurant and marina.

Corleto’s Marina at 800 Bay Ave., on the corner of New York and Bay avenues, overlooks the Somers Point municipal beach and the bay. It has remained pretty much the same as when Ernie Corleto purchased it in 1962 when it was known as the Point Tavern.

Corleto, a former Philadelphia gas station operator, sold the liquor license, which was relocated to the Somers Point Shopping Center and is now the Point Pub. Corleto continued to run the marina. For the past 35 years Corleto’s has been popular with the local fishermen and boaters mainly because it’s one of the last vestiges of old Somers Point.

John and Susan Meyer, neighbors from down the street, have entered into an agreement to purchase the property, a deal contingent on the city approving the plans they have to establish an upscale hotel, restaurant and marina.

That approval was granted Monday by the Somers Point Zoning Board.

Ernie Corleto, now 79 years old, has decided to retire and has moved most of his stuff out, including the vintage 1934 pickup truck with boat crib and derrick that graced the front yard for the past quarter century.

“They were part of history; now they are history,” he reflected during a recent tour of the property.

Whatever the future holds, the place, which dates to the mid-1800s, has an intriguing past.

“When I moved here 36 years ago,” Ernie recalls, “a neighbor came over and told me the building was 112 years old,” which would date it to around 1850.

In previous incarnations it was the Grand View Hotel, when Mrs. M. Cormey was the proprietor, while more recently it was the Point Tavern. For awhile it was run by the Latz family, who popularized the Knife & Fork restaurant in Atlantic City.

Ernie Coleto bought it from two guys – McGeen and Gliven, though he knows it had been operated by organist Bobby Brian. Another entertainer, Bill “Vaughan” Comfort, is also known to have performed there when it was the Point Tavern.

Ernie Corleto has been on the scene daily since 1962.

“They’re all good memories,” he says with a smile from under his old seaman’s cap. “I don’t have any bad memories. I didn’t have any problems with people. All the summers were god ones and no one year stands out, except for the storms. The one thing that really stands out, the only thing that really worried me was the storm of ’62. That was the first year we were here. But we weathered that one.”

And it’s been relatively smooth sailing since then.

“We spent a lot of time sitting on the steps. That’s a daily thing,” he explained. “A lot of fish were caught and a lot of fish stories were told.”

The place has changed over the years, but only a little bit.

From old photos you can see where various additions were added to maintain the structure over the years, where there were wings and rooms that are no longer there. Now additional changes are planned.

John Mayer reached an agreement with Corleto to purchase the property, an agreement contingent on Mayer receiving approvals and variances from the city. Their plans have met the approval of the city Historic Commission, the Zoning Board granted the project a use variance, area and bulk variances plus preliminary and final site plan approval at their meeting on Monday, Dec. 9.

Mayer and his wife Susan told the Historic Commission they intend to refurbish the marina, restore the building and reopen as a Cape May style upscale bed-and-breakfast hotel/marina that will include eight rooms, a restaurant and 100 boat slips.

Renown interior designer Charles Tilly, who the Mayer’s met in New York, will handle the interior decorating, making the hotel and interesting place to visit.

The Historic Commission could only rule on the exterior plans, which include the replacement of the cedar shingle roof with fiberglass shingles and the construction of porches, decks and a turret on the southwest corner of the building. While the Historic Commission approved these plans and commended the Mayer’s desire to restore the historic structure.

Other issues remain, however, including the acquisition of a liquor license which will be harder to obtain in Somers Point, where there are already 20 of them.

Although a license to serve the public was sold recently for approximately $150,000 (Daniels to Doc’s), and there is at least one other license for sale, the cost of a public license would be a small part of the $2 million considered necessary for the project. As the building was the site of the Point Tavern for many years, it has such a previous use. But Mayer also wants to consider the option of obtaining a private club license.

As the hotel will be an upscale one, little off-the-street clientele is expected, but there will be an in-house yacht club and fishing club as well as facilities for special occasions and functions, like weddings and meetings when booze will be required.

“At one time it was a classy joint,” Mayer said. “People used to come here all dressed up in top hats and tails and I want to make it classy again.”

According to Mayer’s plan, “It will have a split personality, with a seashore motif on the water side, where the ballroom and restaurant are, and a Victorian there on the street side, where the rooms and guest quarters are located.”

A new kitchen is planned for the north wall, a small bar on the south side, with glass walls facing the bay. Eight guest rooms on the second and third floors will have their own baths, and bay view or balcony. One will be a two-room suite, while all the guests will share a picturesque lounge overlooking the water.

The marina will accommodate 80 seasonal boat slips at competitive prices, with 20 slips reserved for transients. A barbeque pit is planned for the boaters.

As John Meyer puts it, “We want to take the old Grand View Hotel and turn it into a nice place again. Not just for Somers Point; we want to make it the jewel of the Jersey Shore.”

As the former owner of Maye’s Marina, which is now the Somers Point Marina, Mayer has the background and ability to operate the marina, while his wife has experience in marketing.

Susan wants to utilize her experiences with shopping mall developer Crown and Mary and Hecht department stores. As Susan Meyer told the Historic Commission, “There’s nothing like it on the water, even in Cape May. It’s an unbelievable property that’s always been there, but its been ignored. People ride by and just don’t see it. It’s almost invisible at the moment, but we want to make it a landmark attraction for the area.”

A report on the development of Bay Avenue also featured Corleto’s as the primary attraction.

A city sponsored study concludes that the Bay Avenue project, in order to succeed, would have to be a joint effort on the part of the city, state and the private sector. So far the private sector is making all the major moves and it will be hard for the city to hinder preserving, restoring and upgrading historic properties.

Asked what he’s going to do first now that he’s retired, Ernie Corleto said, “I’m going to take Lucky the dog to have a shampoo before I take her home to Longport.”

Nine years of the boatyard will be hard to soak out of the old salty dog.

Posted by William Kelly at 3:22 AM