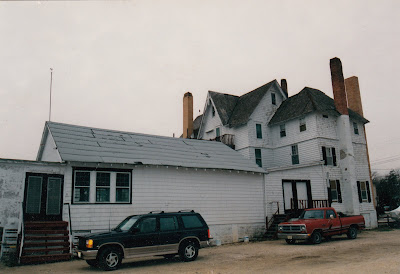 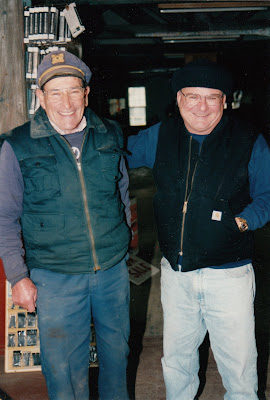 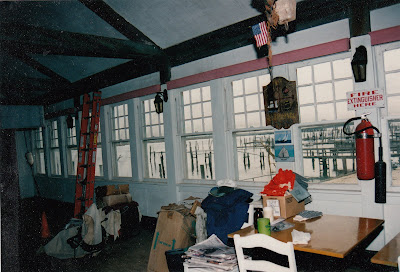 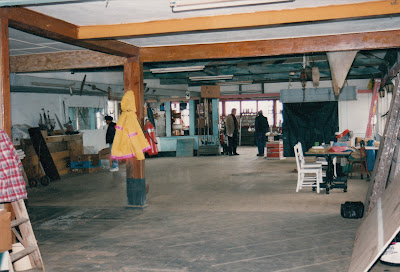 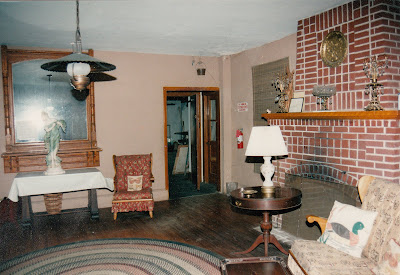 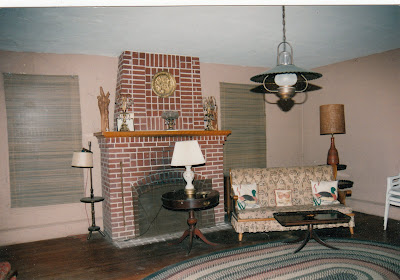 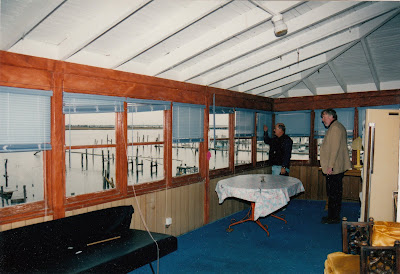 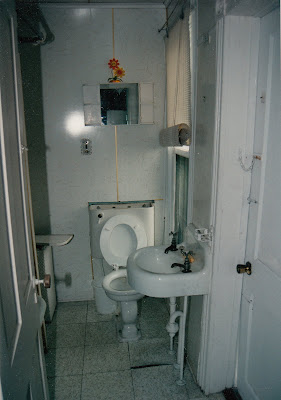 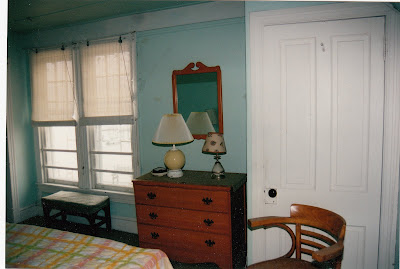 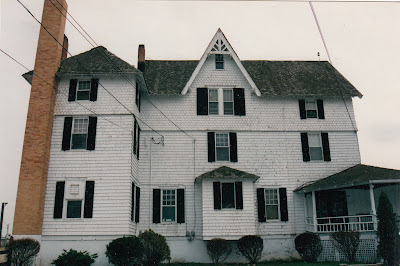 Ernie ran his marina on Bay Avenue next to the Somers Point Beach for decades. Before Ernie it was the Point Pub, a very popular place run by Vaughan Comfort, an entertainer who played the piano. The liquor license was moved to the Somers Point Shopping Center. After he left the Point Pub Vaughn Comfort opened a new joint on the circle, which was up on pilings and featured singing waiters. One of the singing waiters from North Jersey got his job when he auditioned with Frank Sinatra, who didn't get the job because Vaughn Comfort said he couldn't sing loud enough.

Ernie converted the huge dining room into a bait and tackle workshop for his boatyard, and the place stayed pretty much the same for a few decades, as Rich McNally's photo attest.

John Mayer's family owned Mayer's Marina on Bay Avenue, down the street from Ernie. He sold his own marina and bought Ernie's, and took me and Rich McNally for a tour of the place before he renovated it.

Shortly after these photos were taken, John Mayer had the place totally rebuilt at the cost of over $2 million. He tried to establish a private yacht club that could offer liquor to its members, but when that effort failed he sold the place to Dr. Ira Trocki, who moved the liquor license from the old Tony Marts/Egos, which now sits empty.

Johnny Mayer moved to Florida with his wife. For awhile the place was known as Tuckers, and served fine Italian food. Trocki has since leased it to a variety of people who opened it under different names. I think it is now called by its address. Eight hundred something Bay Avenue.

Posted by William Kelly at 9:27 PM