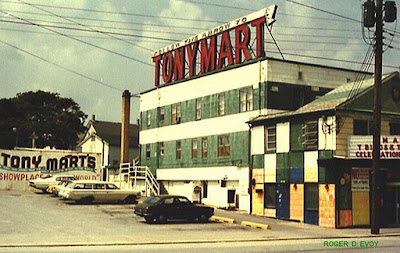 The scene I watched them film a half dozen times showed Berringer returning to the club to reminisence, driving up and parking his car in the lot next to the front door, but he finds the place closed and boarded up, and can only look in the window.

For some reason that scene never made the final cut and must have been left on the editing room floor.

But that's the way it really was a few months after they filmed the movie, as the place was closed and they held a final, last night party that was a real blast.
Posted by William Kelly at 1:01 PM