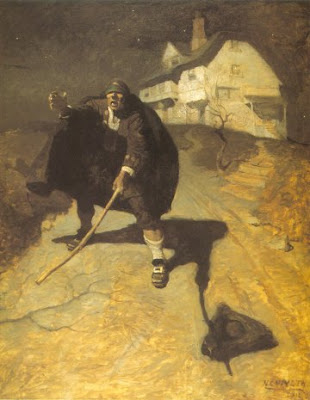 The Somers Mansion, the oldest building in Atlantic County, was built by John Somers, the founder of Somers Point, and sits on a bluff overlooking Great Egg Harbor bay and the barrier island of Ocean City.

The road work, part of the rebuilding of the Rt. 52 causeway between Somers Point and Ocean City, includes the replacement of drawbridges and the Somers Point Circle with a traffic light, and requires extensive excavations, especially around the historic building.

Many precautions were taken to prevent damage to the structure, including the use of sensitive electronic monitors that measure vibrations to ensure the building isn’t damaged.

Lat month, when the excavation went ten to twenty feet in front of Somers Mansion, the project’s supervisor said they uncovered no signs of any bones, artifacts or a tunnel that was rumored to be there.

That changed Friday when shortly after 1 pm, workers uncovered bones that may be human or of an animal, in the area behind the Somers Mansion, just beyond where the Pearl restaurant used to be located on MacArthur Boulevard near Braddock Avenue.

There used to be a house on the hill there that had a wraparound porch and overlooked the harbor, though it didn’t have a deep foundation, basement or cellar.

It is also the area that newspaper accounts from the 1920s mention a tunnel, as well as pirates and buried treasure, though persistent inquiries have failed to locate the tunnel or any treasure.

A 1923 New York Times report was headlined,: “‘Pirate’s Cave’ Not Yet Opened Much Interest in Somers Point Concerning Mysterious Passageway.”

“Efforts have thus far failed to open the underground sealed vault recently discovered by workmen on the Jeffe Braddock property at Somers Point,” the article continues. “A few days ago a posthole digger’s spade struck an iron-bound covering of wood. The wood, decayed, fell apart and beneath was found a solid lid of brick. These brick, when bought to light, proved to be the antique type imported from Holland by Richard Somers, who founded Somers Point in 1740 under a grant from the British king. Picks broke a way through the bricks. Below there opened a small square chamber of brick. Out from this chamber ran a passageway. It was lined with bricks and mortar most carefully laid, thick and solid and strong.”

Then pirates are brought into the story: “The old Braddock property is the commanding spot of all this section of the coast. It stands high and overlooks all the bay. It was here by all the laws of logic that the willful wreckers of vessels must have lighted their false beacons to lure the sips to destruction and loot. It was here that any pirate scanning the horizon for pursuers would build his hut, or execute his work of concealing treasure.”

This article apparently stimulated other reporters to visit the scene, as another news paper reported in a story headlined, “Picturing the Pirate’s Cave,” that, “Philadelphia newspapers rushed staff photographers to Somers Point this morning to get pictures of the mysterious cavern uncovered by heavy seas which dislodged a section of the bluff along the bay front during Sunday night’s storm.”

“While the phantasy that the bricked passageway was used as a storage place for Capt. Kidd’s ill-gotten gains sounds well, it is not treasured for an instant by the adult inhabitants of Mayor John M. Campbell’s balliwick.To the contrary is the general belief in Somers Point that the cavern in an underground passage that two centuries ago extended form the bay front to the old Somers Mansion which was for many years one of the show places of the bay resort. It is known that the old mansion had such exits for use in the event of an emergency but their location had not been known for at least 75 years.”

“The work of excavating the cavern is proceeding rapidly today and many old-time coins have been found. About 35 years ago during the progress of a land and real estate boom at the Point, workmen uncovered a foundation, the bricks of which were identified as being manufacture of an early date, certainly of a pre-Revolutionary period.”

“Immediately great excitement prevailed, as a story appeared in Philadelphia, Pittsburgh and newspapers of other cities to the effect that this had been used as a ‘cache’ by Capt. Kidd during the times he put in this section of the Jersey coast. Shovels and picks appeared and a good deal of soil was turned over. But, alas, romance and mystery were dispelled when a member of Capt. Jesse’s family remembered as a child having seen her father’s cattle watered at a well in that vicinity.”

“However, it is a matter of record that an underground tunnel, made of similar brick, and existed, running parallel to New Jersey Avenue from the bay. Workmen excavating for cellars of houses built on New Jersey Avenue found portions of this tunnel well preserved.”
Posted by William Kelly at 7:30 AM