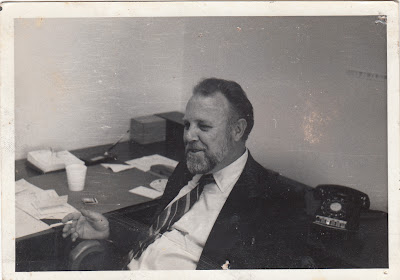 The late John Conway was a longtime Somers Point resident who had lived an exciting life with the Immigration and Naturalization Service and Border Patrol. For awhile John was assigned as an undercover agent to the Joint Organized Crime Task Force.

He was also stationed on the Mexican border for a long time and went to Cuba before Castro.

A popular regular at Gregory's Bar, after he died his wife came in and bought a round for all the guys he drank with, saying he had made that a part of his will.

So John got to buy the last round.
Posted by William Kelly at 10:07 AM

After John died, his wife called me and offered to sell me his shares in a small hotel on the Nicoya peninsula in Costa Rica. I researched the property and found that there was little value in the shares as a developer was taking over and started selling more shares and devaluated the existing ones. I don't know what became of that hotel but John and I had many conversations about all the expatriate retired customs agents and retired smugglers who lived there side by side after years of playing hide and seek with one another.